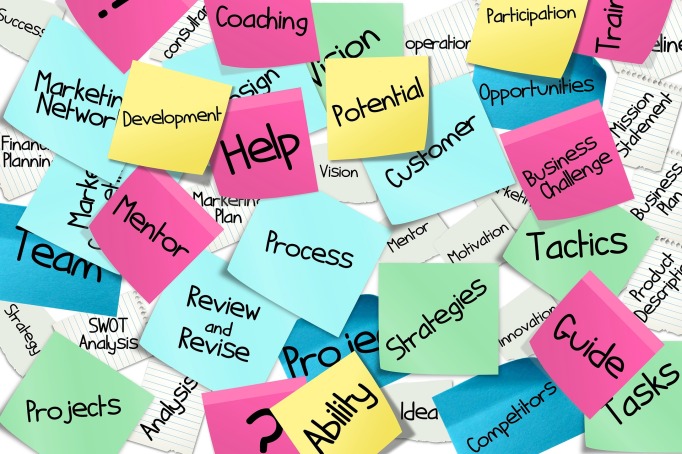 I have had a lot of things going on in my life. Work and home. I have remained strong for the most part. I have a lot of self doubt. And that is all on me. I try not to let others know how insecure I am. Sometimes it takes over and I think the worst of others and what they are thinking of me. I am trying to be a mentor and guide for others and it makes me feel like a failure when I think that I am not good enough to even be a mentor. I know I have a lot of knowledge to give but I keep getting knocked down and made to feel like I am incompetent. It is hard when the people you trust and look up to are the ones knocking you down and talking to you like you are stupid and have no idea what you are doing.

We all have moments of weakness and self doubt and insecurity. It is how we deal with it. I have recently been under a greatly increased amount of scrutiny in my job. I am trying to deal with it in a positive manner but have become very worried. It seems to me that they are telling me that everything I am doing is not good enough. I put in 12-14 hours a day Monday through Friday for many years now. I have given up my life for this company. And for the longest time I was praised at how well I was doing a great job and just needed to continue doing what I was doing. Then something changed and I was all of the sudden no longer doing anything right.

I have taken some time off over the past couple of months. Which is when all of his comments started. I have been dealing with employee shortages and people quitting and not showing up or calling in sick and all of those things without him knowing details for a very long time. He had to deal with it for 2 days here and 3 days there…(he would text me almost all day on at least one of those days off complaining about my staff). So I really didn’t get to take any time off because he wouldn’t leave me alone long enough to spend time with my family.

His comments were worded just so that I have come to think he was going to fire me. Or worse try to make me quit by forcing some issues with me. I have a strong personality and so does he and for years that has led to a great collaboration us. At this point it has become a bit of a power struggle. I had an employee that left me 2 times. The second time he left it was right after I went to bat for him to get a raise. (and he got it) He then puts in his notice right after. And this was the second time. On his last days he would not be respectful addressing myself or the owner. Calling him buddy after he was told that the owner did not like being called that. Another manager hired him back after myself and the owner was against it. I have repeated stated that he is an awesome young man. He is great with the customers and he is a very likable young man. I have also stated that I do not wish to have him back at my location. He is not loyal to me and has stated that he wants my job. The owner has stated that he wants to put him at my store and that he has grown a lot while he has been gone. He is now married and is now more grown up. That being said. He is not loyal to me having left me twice now and the second time right after a raise.  I want people that are loyal to me in my employ.

The owner put in my store on my last two days of vacation and the people on my payroll got their hours cut in the process. This does not make me less paranoid about him trying to out me. But I am not sure how to deal with this. Go in and be honest or just go with the flow and not say anything. I have a hard time not standing up for myself and what I do not want but this is a touchy subject with him. So I have a decision to make.

I have enlisted the help of a close friend and coworker to help me streamline all of what I do to make the owner happy again. It doesn’t seem to be working but I know I am not horrible at what I do. I am pretty darn good at what I do. So I have to figure out what the owner is saying…looking between the lines…

Well he has had some issues in his family that has caused him some stress. The company has purchased another piece of property that the company now needs to make payments on. He is part of a 3 person incorporated ownership…so he does have others he has to answer to. All I can do is keep running my store and do it the best I can and take his advice to heart and try to make sure that all of his suggested that can be implemented are implemented as quickly as possible.

Now I do have a lot of insecurity that I am making the owner happy like he was just a few short months ago (where he was saying that I was awesome). And I am not sure if I will have a job for much longer. I cannot seem to make him happy about anything but… I have been doing this since 1994. I have spent the majority of my life in this industry. And more that 18 years with this company. And I still have a lot to learn. And I have a lot of self doubt that I can continue with this company that now seems to no longer appreciate the time and effort I have put into making it what it is. I made this my life. Big mistake on my part for sure. I have always had a need to prove my worth with long hours and extra stuff. Doing more and more and more…

I have decided to spend less time at work. And only give what I can without losing myself in the process. This will be very difficult since I have made my job who I am. I have to go on a search of who I am and figure that out. But first I have to stop working so much to figure that out.

Do only what you can because the extra really isn’t appreciated in the long term.

I have busted my butt for many many years. I love the company I work for and live my job. But, sometimes you but your butt for a company and they take advantage or neglect to even notice all the hard work you do for them. I have been with this company for 18 plus years…and I generally just let things slide and roll off my back but recently I was compared to another manager just like myself within the company as we were equals and I stood up for myself saying that we were not equals although we are both part of the same team. And we are…we are all part of a big team. But my knowledge about our industry and abilities within our industry is far greater than that of the other manager and I stated this.

I am not trying to be arrogant. Although it usually doesn’t go over well when a woman stands up and states that her worth is greater than she is being given credit for. I know my self worth although I do not normally say anything I feel that I should stand up for myself.

The owner is finally taking notice. Confidence is all people need. It took a lot for me to actually say anything. For years I have been told how I was as good as other people and although I knew that I was better than some I was afraid to say anything. I didn’t want to seem arrogant or cocky. I didn’t say anything with attitude or anger. I was confident and matter of fact about what I said. Like he should have known. It has helped and I am even happier at my job than I was before. I didn’t think that could happe. But it has.

You have to stand up for you! If you don’t then know one else will.